Have you ever been at the dog park and seen one dog chase another, only to have the chased dog drop whatever it was carrying? That’s fetching. Fetch is a classic game that dogs love to play. It requires patience on your part, but with enough practice, your dog will quickly learn to fetch in no time! Follow our guide to learn everything you need to learn to teach your dog to play fetch. 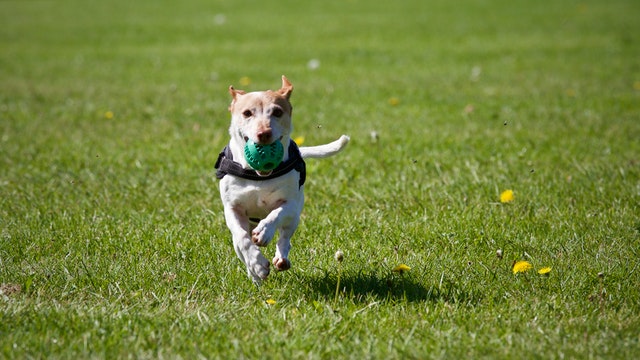 Listen to this article below.

Now I will describe in detail the best ways to teach your dog to fetch.

Get Your Dog A Ball, Stick, Frisbee, Or Other Toy Which Is Appropriate For Its Size And Age 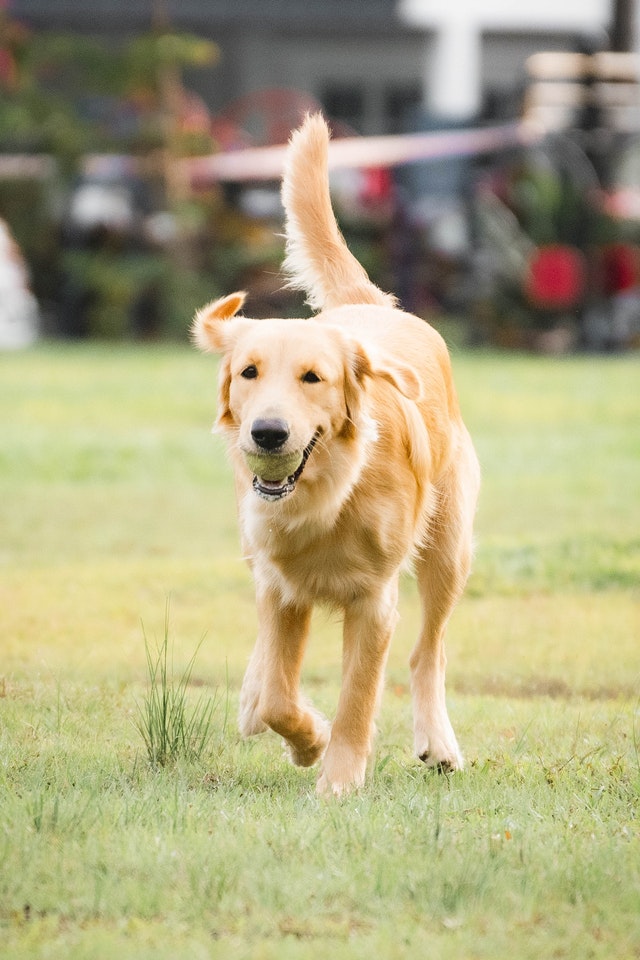 You can play fetch with many kinds of things! You could use a tennis ball, a stick you found outside, or any number of toys. Likewise, you could even let your dog play fetch with their favorite toy.

The first step in training your dog for the game of fetch is finding a toy that is the right size for your dog. To do this, you need to take into consideration your canine companion’s age, breed and personality.

The toy should be large enough, so the dog can pick it up easily, but small enough so that it won’t roll away if left on its side or back. It should also be light enough for even a young puppy to carry easily yet heavy enough not to blow away in strong wind gusts (if you live somewhere with those). You don’t want something so big that it gets caught behind furniture or walls, but you also don’t want something so small that your pet has trouble picking it up and carrying the toy around.

Choose a good place to play 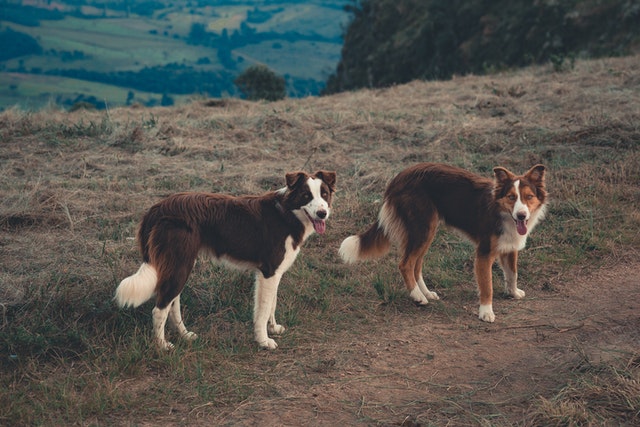 Here are some ideas for places you could choose for playing fetch:

Hold the ball in front of your dog, allowing him to get acquainted with it. 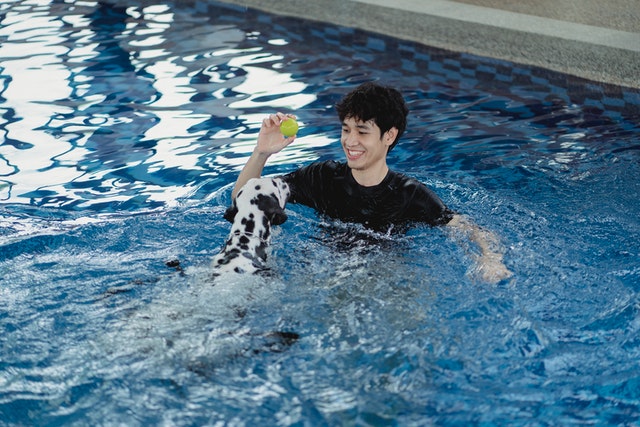 Once you have a toy to play fetch with, the next thing you’ll want to do is to get him used to the toy. Hold the toy in front of your dog, allowing him to get acquainted with it. If he’s not interested, try again later. The best time for this exercise is when you’re playing with your dog, and he seems relaxed—not when he’s eating or chewing on something!

Once he seems interested in the ball, toss it a short distance away from you 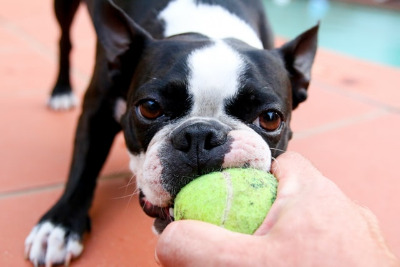 If your dog doesn’t bring the toy back, go get the toy and try again. 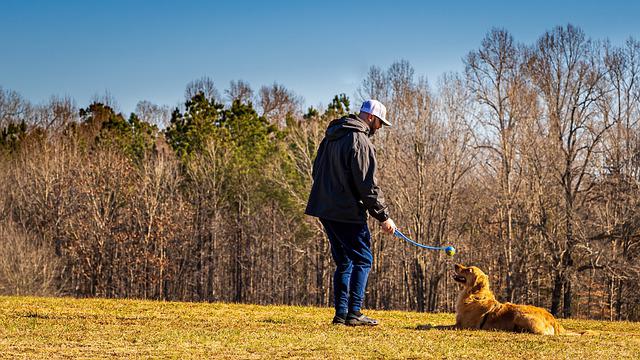 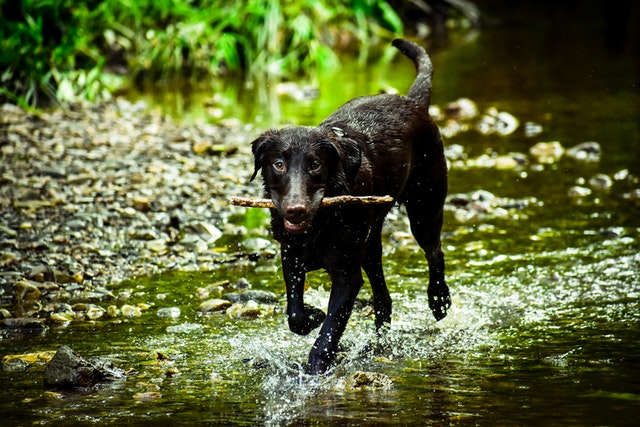 It can take a while for your dog to learn this trick, so don’t be discouraged if they don’t respond right away. Your dog might not fully understand the game for a while, so give them time to learn. Repeat this process at least ten times until your dog responds to the command every time you say it. The more you repeat it, the better they’ll remember what “fetch” means and how they should respond when someone says it!

As your dog becomes more skilled, you can toss the toy further. Another important thing is that there’s no right way or wrong way to throw a ball for them – just be sure that whatever method you use doesn’t hurt their paws or teeth (many dogs have sensitive mouths). As long as your throws aren’t painful for them, there’s no reason why they won’t pick up on them quickly!

Conclusion: How To Teach A Dog To Fetch

Dogs really like to retrieve toys! It’s fun and easy to train them how! 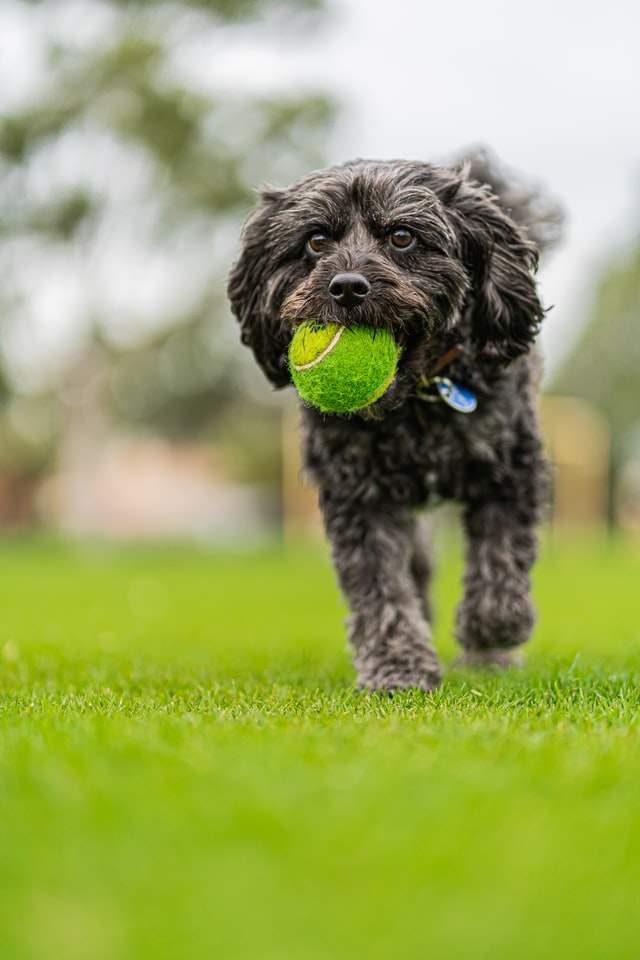 Teaching your canine to play fetch is a fun way to spend time with your furry friend and can provide them with much-needed exercise. By following the above steps and being patient, you and your dog can enjoy hours of fetching fun!

What Is The Game “Fetch”?

Fetch is a game that dogs really like to play. The basic premise of the game is for one person to throw a toy or ball for the dog to retrieve the toy, and then bring it back. This can be a great way to exercise your dog and also help them to burn off some energy.

How long does it take to train a dog to fetch?

It depends on the dog. Some dogs learn quickly, while others may take a little longer. Coaching your dog in how to fetch involves commitment and a lot of practice. Generally speaking, it should not take more than a week or two for a dog to learn how to fetch.

What is the best way for your dog to learn fetch?

There is no one-size-fits-all answer to this question, as the best way to train a dog to fetch may vary depending on the individual dog’s personality and preferences. However, some tips on how to train a dog to fetch include gradually introducing the concept of fetching to the dog, rewarding the dog for fetching objects, and being patient and consistent with training.

How do I train my dog to fetch?

There are a few things you can do to train your dog to fetch. One is to start with a toy that is easy for them to pick up, like a ball. Show them how to pick up the toy and bring it back to you. Once they have mastered that, you can start adding in commands like “fetch” or “bring it back.” Be sure to reward them with treats when they do well. And make sure that your dog can enjoy playing fetch. Then, they’re more likely to play again.

What If My Dog Isn’t Interested To Play This Game?

If your dog is not interested in playing fetch, there are a few things you can do to try and get them interested. One option is to start by playing fetch with a toy that is more interesting to your dog, such as a ball with a squeaker inside. You can also try motivating your dog to play by using rewards, such as treats or praise.

In a perfect world, our dogs would be obsessed with fetch and would never tire of playing the game. However, some dogs just aren’t interested in playing fetch, no matter how hard we try to convince them. If your dog is one of those dogs, don’t despair – there are plenty of other ways to keep him entertained. Try mixing up your routine by playing catch or hide-and-seek instead. You can also take your dog for long walks or runs to wear him out. Ultimately, it’s important to remember that not every dog loves to fetch, and that’s okay!

What are the best toys to teach a dog to fetch?

There is no one best toy for teaching a dog to fetch, as each dog will prefer different toys. That said, there are certain types of toys that are better for teaching fetch than others. Tennis balls, for example, are a popular choice because they are easy for dogs to see and catch. They also bounce erratically, which makes them more fun to chase. Other good choices include rubber balls and Frisbees.

What If My Dog Retrieves the Toy but won’t return it?

If your dog retrieves the toy but won’t return it, you’ll need to use a different command to get your dog to drop the toy. Try “leave it” or “drop it.” If your dog still doesn’t respond, take the toy and try again later.

What Are Some Benefits Of Teaching Fetch?

There are many benefits to teaching a dog how to fetch. Dogs need exercise and fetching is a great way to exercise your dog, and it can also help improve your dog’s obedience skills. Teaching your pup to fetch can be a lot of fun for both you and your pet, and it’s a great way to keep your dog mentally stimulated.

What is the best age to train a dog to fetch?

There is no one definitive answer to this question. Some people believe that training a dog to fetch at a very young age is best, while others think that it’s better to wait until the dog is a little older. Ultimately, it depends on the individual dog and how motivated he or she is to learn this behavior.

How can I improve my dog’s fetching skills?

There are a few things you can do to help improve your dog’s fetching skills. One is to start with basic obedience commands, such as sit, stay, and come. This will help your dog understand what you expect from them. You can also practice by playing fetch in a variety of environments, including open fields, parks, and beaches. This will help your dog become comfortable retrieving in different settings.

What are the benefits of training a dog to fetch?

There are many benefits to training a dog to fetch. One of the most obvious is that it provides a great way for the dog to get exercise. It can also help teach the dog basic obedience commands, and can be a fun game for both the dog and the owner.

What did you think of this article about how to teach a dog to fetch? Do you have anything to add? Let’s discuss it in the comments below.

We are the writing team for watsondogproducts.com View more posts